So a recent twitter lrnchat was about working with SMEs (Subject Matter Experts), and here are some of the responses to the first question “Q1) What are the challenges working with subject matter experts?”:

At the risk of indulging in SME-bashing (not my intention – I’m exactly the same way in my areas of expertise), I would agree that it’s really difficult to be an expert and forget all those hard-won knowledge details of your field that comprise your expertise (it’s all about closets, really).

Here’s how this goes sometimes:  You are a well-intentioned instructional designer, concerned about making sure the learner’s cognitive load is managed, and that your novice learners have a lean, focused, first exposure to difficult content that doesn’t overwhelm them, and allows them to start tentatively constructing their understanding of the material. You want to keep it as simple as possible, but no simpler. Your motto: Less is More. 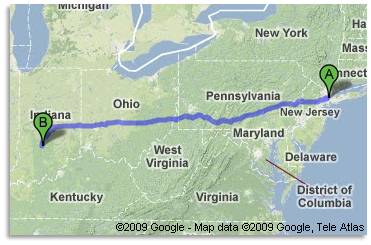 Your SME has a herculean task akin to giving someone directions from downtown Manhattan to Bloomington IN, and is worried that unless she spells out every right turn, every likely detour, and every place the route is confusing, then the poor learner could get lost and it would be the SME’s fault. Additionally, she’s driven the route hundreds of times, and knows the best places to get gas, where you definitely DON’T want to eat, and what the best times are to avoid traffic in each city.

This is hard-won knowledge, too.  She suffered through a lot to accumulate all those details – wrong turns, traffic jams, extra miles, food poisoning – and she really wants to save those learners from having to learn it the hard way. Her motto: My Pain is Your Gain. 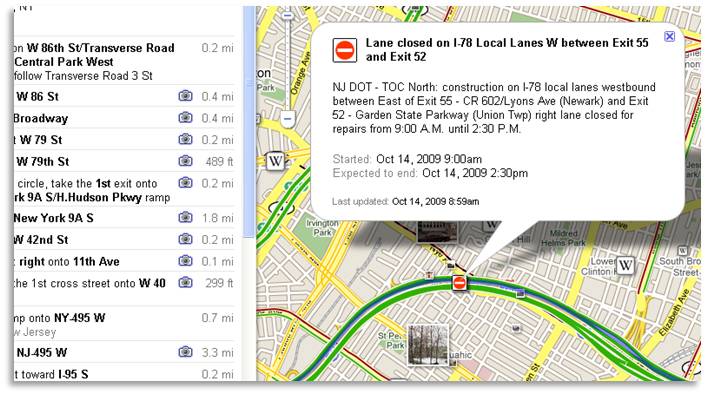 You, as the instructional designer, are starting to panic — you know that you have limited time and resources to create this training, and the more content you put in, the less you are able to do with it.  If it’s e-Learning, it will turn into the Dreaded Page-Turner, because you just don’t have time to create the 17 different problem-based scenarios to account for all of the different exceptions she’s describing. It turns into a battle, where you keep trying to cut things, and she keeps saying “but they need to know this!”

So who’s right?  Well, you both are, depending on your perspective.

But here’s the good news — I have a tool for you. It’s one of my favorites in my instructional design toolbox, although I don’t get to use it as often as I like.

First, let me tell you a story.

A few years ago, I was working on a massive training project for new hires.  Basically, these poor newbies had to learn EVERYTHING, and in a hurry.  To give you a sense of what their job entailed, they needed to know chemical compositions, electrical troubleshooting, customer service, vehicle safety, basic business and territory management, mechanical repair, plumbing, machine installation, programming several kinds of large commercial machines, parts and inventory management, and first, foremost, and above all, sales procedures and skills. We were creating a really interactive course for them, and trying very hard to keep text density low.

And, I had the greatest SMEs — these guys had decades in the field, and had more stories than you could imagine — if they didn’t know the answer, they’d make one up and still be right.

But the magnitude of the material and the sheer scope of their knowledge meant that we were quickly getting into the push/pull kind of situation I described above. Even though they knew better, they’d wind up firehosing content because they just knew so darn much.

“…these guys sound just like the Car Talk guys.”

If you don’t know what Car Talk is, then head on over to the NPR site, and give them a listen.  It’s a radio show with Click and Clack, a/k/a the Tappet Brothers, and they take listener calls, talk about cars, and laugh pretty continuously at their own jokes.  But all sorts of people (who don’t care about cars at all) listen pretty regularly.

We created our own version of Car Talk for the course.  Basically, it was a page, with a graphic of the two of them, and a dialogue conversation between the two.  We were dealing with pretty stiff bandwidth constraints, so audio wasn’t an option, but if I was doing it now, I’d just plunk a cheap digital recorder down in front of them and grab it as it comes.

It was a pretty simple format that we could re-use over and over: 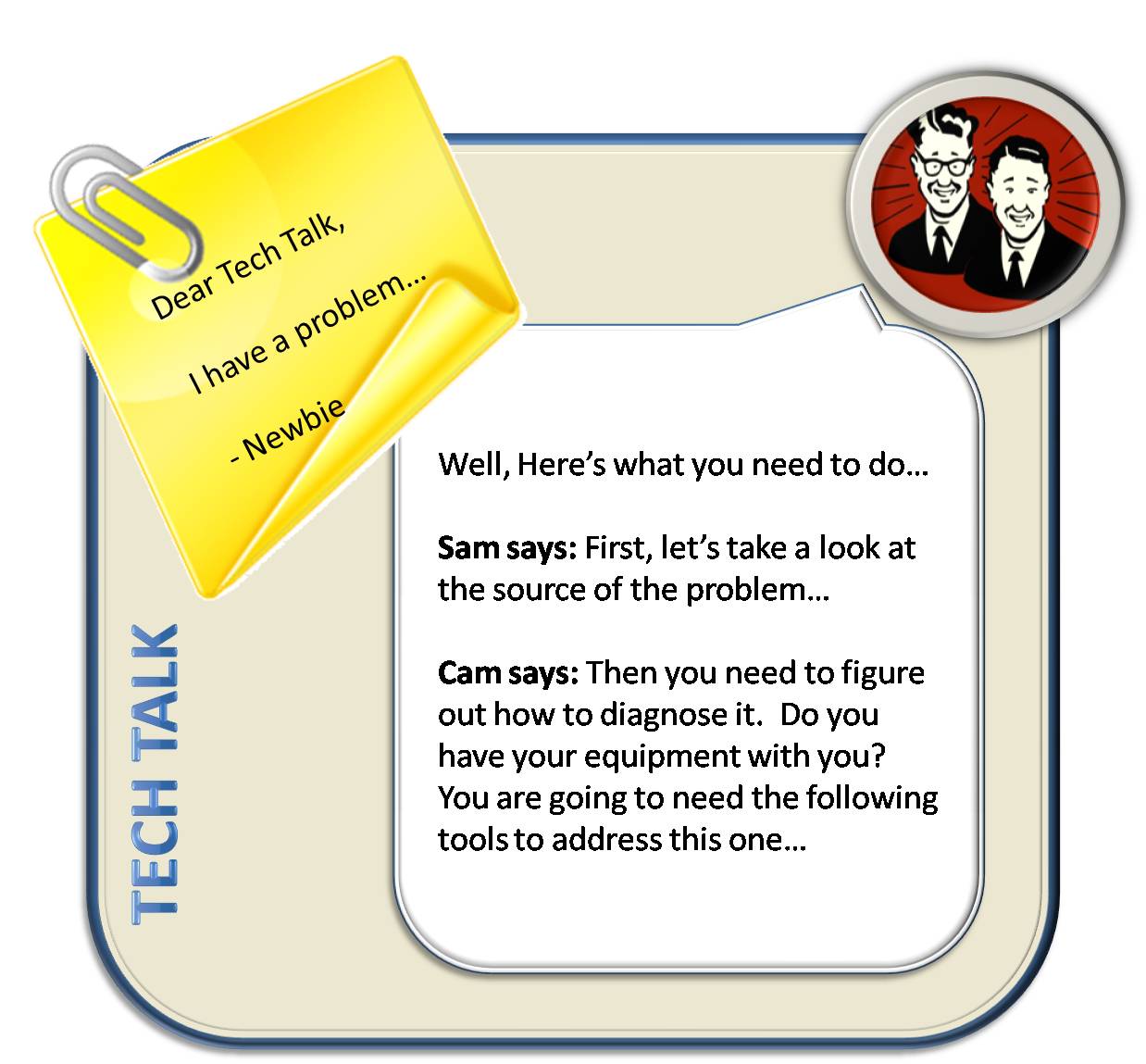 (my mock up of the template style, not the actual version)

So, um, what’s the big deal about that?

So, now, you are probably thinking that “whoa – you’ve totally oversold what basically amounts to an okay-ish e-Learning page template.”

But this relatively minor design element paid off hugely, in a number of different ways:

But here’s the real trick

All of that was pretty good, but here’s the real trick if you do this:

Take it out of the e-Learning altogether.

Use one of those nifty other ways to communicate it later, one tip at a time:

Because it doesn’t matter how good a job we do managing the cognitive load of our new learners, they still aren’t going to want to know this stuff until they’ve been on the job a few months (or in this case, years), and they’ve had opportunities to bump into the relevant situations (and this buys also buys you all sorts of advantages, like time-distributed learning, multiple exposures to the material, and a knowledge management base).

You want the learner reaction to be “Oooh, that’s how that works” instead of the “what, huh, what?”