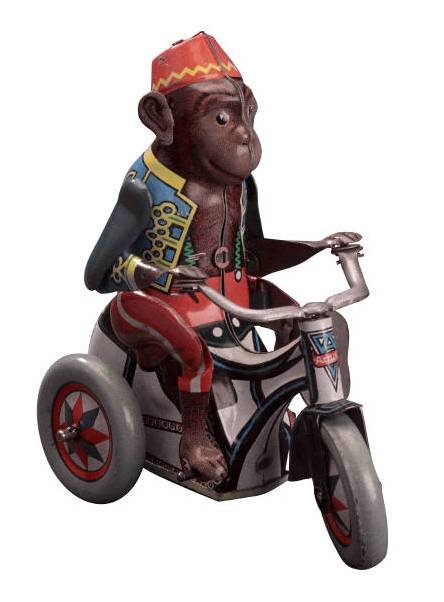 Okay — I really, really, really like Sciencedaily.com.  It populates my google reader with all sorts of nifty brain related research, keeps me up to date on interesting new stuff, and provides nice, tidy references to the articles, which I have many time searched as an extended index to my own memory (“I know there was a piece about rolling your eyes and long-term memory storages in there somewhere!”

But, there seems to be something inherently dodgy about taking a complicated piece of research and rolling it up into a colloquial lead paragraph.  Maybe somebody, somewhere, has the ability to do the elevator speech about brain-related research without overgeneralizing wildly, but damn, it seems to happen a lot.  Sciencedaily.com isn’t the worst offender, but any means, but occasionally it gets a little blurry on correlation and causality.

Cool huh?  We could easily pull out a design heuristic from that: Structure your learning experiences to ensure that we reward correct performance, and avoid failure as a learning tool. Here’s how sciencedaily sets it up:

ScienceDaily (July 29, 2009) — If you’ve ever felt doomed to repeat your mistakes, researchers at MIT’s Picower Institute for Learning and Memory may have explained why: Brain cells may only learn from experience when we do something right and not when we fail.

Okay, that sounds reasonable, but let’s pick this apart a little.

1) This is easily falsifiable – The notion that people do not learn from failure is patently false. Anybody who has ever said “Well, that didn’t work…” does not necessarily need several repeat tries and a counter-example to learn not to do that again. And if you have a memory of it, there must have been some brain activity around encoding that memory.  It may be more difficult to learn that way, but it does happen.

2) What does failure look like? – Unfortunately, the whole article is behind the firewall, but as far as I can tell, the failed condition is defined by lack of success.  Basically, there is some kind of reward condition for success, but no punishment condition for failed behavior. They appear to be using pretty straightforward stimulus>response learning trials with the monkeys. As we all remember from our psych 101 classes, there are 4 different types of feedback that can happen here: positive reinforcement, negative reinforcement, punishment and response cost.  The first three have an active form of feedback: positive & negative reinforcement involve a reward, and punishment involves some kind of aversive feedback. Response cost doesn’t involve feedback, but rather the absence of it. Basically, the monkey is expending effort, and not getting a return on it.  Could it be that the more active feedback of either reward or punishment makes a bigger impact on the brain than the absence of feedback?

3) How much do we want to generalize from monkeys, anyway? This experiment is interesting, and presumably involves monkeys at least partially because it’s hard to get human subject clearance to stick big ol’ electrodes in peoples’ brains, but are there issues generalizing from this (note:  I don’t have any reason to believe that the researchers generalized their results to people — just that the sciencedaily write-up did). The temptation is high to make those types of generalizations (and I’ve certainly been guilty of that myself), but in this instance, it might be worth looking at one of the articles in the margin: http://www.sciencedaily.com/releases/2008/09/080925104309.htm